Man – y’all had some great guesses as to which of my claims on this post were lies, and which ones were true! Apparently I am a freaking AWESOME liar, because some people who know me in real life actually missed a couple!

Is it a good thing to be an awesome liar? Hmm. Maybe I should be a spy or something. Put my talents to use.

Anyway, are you ready for the answers? Here we go!

Claim #1: I know how to bellydance. TRUE! Haha! I have taken two classes from a woman named Aziza, and I do have a jingly skirt. It’s pretty much the funniest thing you’ve ever seen because I’m really awkward and uncoordinated, but I can do it. If I’m forced. (No, there are no pictures or videos, so don’t even ask.)

Claim #2: My shoe once caught fire at a barbecue in London. TRUE! It happened exactly as I described. My sandal wasn’t flaming up or anything, but part of it did catch fire and my foot did get burned. I spent the following 15 minutes in this guy’s bathroom with my foot in his tub while cold water ran over it. Good times.

Claim #3: I almost drowned in a riptide in Florida. FALSE! While I’ve done many a stupid thing involving the ocean, I have never been moronic enough to ignore those flags.

Claim #4: I used to have a pet squirrel. TRUE! And because some of you didn’t believe me, I brought proof: 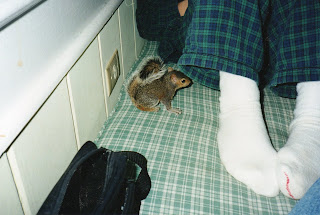 Claim #5: I made a guest appearance on the reality TV show “Two-A-Days.” FALSE! But, it was a real show, sadly. I tried to find some video of it, but for some reason (she said sarcastically) there’s not much to be found. I did, however, find this: 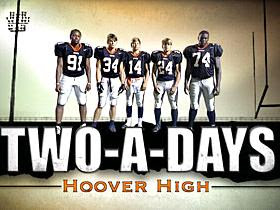 Claim #6: I’m an award-winning water skier. FALSE! I can’t even get up on water skis for more than 5 seconds, but I have a good friend who was on the UA Waterski Team. And, for Jemi, who couldn’t imagine having a waterski team at all:

Spring ’08 from Ski Bama on Vimeo.

Claim #7: When I was little, I made up my own language. TRUE! But y’all were all over that one. I guess it’s not uncommon, eh?

So there you have it. The truth, the whole truth, and nothing but the truth. Thanks for playing!