Um, before I begin, please feel free to not read this post if you’re not a fan of inconsistency, because man, this is gonna be all over the place. I’ve got a lot on my mind, and I’m going to dump it all here and then run away so you’re left with it. Mmkay? 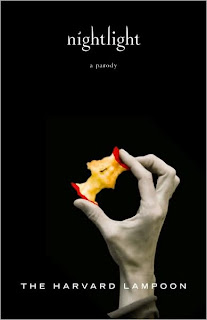 1) Over the weekend, I finished this book. It was everything I thought it could be. I love a good parody, and this one totally delivers. It really isn’t meaty enough for a full book review, but let me just tell you what it says on the back cover:
About three things I was absolutely certain. First, Edwart was most likely my soul mate, maybe. Second, there was a vampire part of him–which I assumed was wildly out of his control–that wanted me dead. And third, I unconditionally, irrevocably, impenetrably, heterogeneously, gynecologically, and disreputably wished he had kissed me.
Please read it. It’s only about 150 pages long, and it will make you snort laugh. 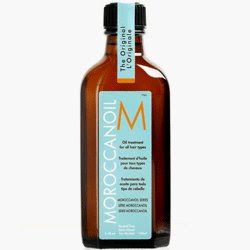 2) I’ve been using Moroccan Oil on my hair. And y’all. It is SO GREAT. I’ve never had softer or shinier hair in my life.
You can only get it at certain salons or online, and it costs about $40 a bottle, but WAIT! A bottle will last you at least a year, provided you don’t have yeti hair. So instead of spending $6 or more a month on hair products at Target, you’re spending about $3.34 a month.
And you get to have supermodel hair. Totally worth it. Just don’t use too much, or you’ll look like the cast of Seinfeld in that episode where their apartment complex installed low-flow shower heads.
3) I started writing a new book yesterday! I’m not sure how it’s going, though, so I’m posting my first little bit for y’all to read. Tell me what you think.
I don’t know when I first suspected something was wrong. Maybe it was when all the screens on the seatbacks went out for no reason. Maybe the flight attendants’ overly cheerful expressions triggered a red flag inside my mind. My intuition keeps prickling, sending me signals that we should have landed by now. I look out the tiny window for some kind of reassurance, but there’s a thick carpet of clouds below us and I can’t see anything. For all I know, we flew over Los Angeles an hour ago.

Stop it, I scold myself. You’re being ridiculous. It’s probably just taking longer than usual because of the weather.

I glance back out the window and nearly faint in relief. We’ve passed the clouds, and below us are the lush hills of southern California. I emit a small chuckle of embarrassment. I really need to stop reading so many conspiracy theory books.

I’m about twenty pages into my InStyle magazine when a guy in the fifth row shouts something. Everyone ignores him because, hey, there’s a lunatic on every plane.

But then he shouts louder, and this time I understand what he says.

Everyone in a window seat plasters their face to the Plexiglas. The whine of the engines hits a higher pitch and the plane accelerates. For five seconds, there is absolute silence.

Then, as we all process the stretch of Pacific Ocean zooming away beneath us: Chaos.

Obviously this is a first draft, but… initial reactions? I would love to hear what you think!